“I truly believe that in any business, not just ours, we are in the business of people…” An Interview with President & CEO Bob Polizzi 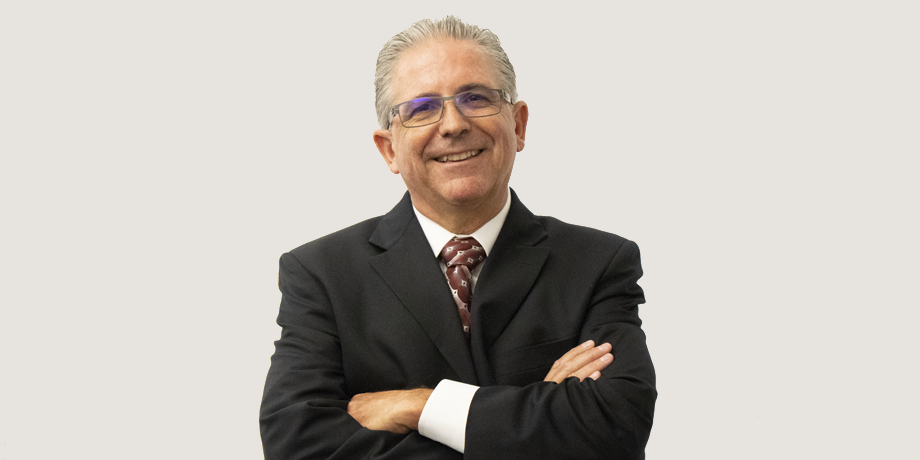 “I truly believe that in any business, not just ours, we are in the business of people,” says Bob Polizzi, President and CEO of California Hydronics Corporation (CHC). Bob has used that as one of his guiding philosophies throughout his many years in the business. He’s seen the industry change over the years and created collaborations with leaders throughout different industries all over California and the States, to gain new perspectives on how to move the company forward.

The hydronics industry is in the midst of an interesting and exciting time. As the industry looks at ways to drastically reduce the use of fossil fuels for heat, CHC looks at ways to innovatively move forward. It’s part of why people like Bob love their job. I spoke with Bob about his start in the industry. I asked about his roots, and because some of us want to know: who is Bob outside of work?

MK: What was your first job?

BP: I was a dishwasher at a restaurant. And the best part about that is, that when you’re young and have no money, at least you’ll know you’ll be able to eat!

MK: Which one had the best food?

BP: I’d say the Rusty Pelican (which is now Pasta Pelican), out in Alameda.

MK: You know, Hans Kaufman (Business Development Manager) used to work and hang out there, too! Maybe you guys were there at the same time.

BP: Could be. A lot of these people at CHC worked together in other capacities. I started out working in solar (Sun Ray Solar) back when Carter was President. Solar was really prevalent then because Carter had these huge tax credits set up for people who installed it; those credits were cut under Reagan and the country shifted again…Jeff Solberg (now the Director of FlowTherm Systems) worked there, too. I also worked at a plumbing supply company in San Jose, CA called Heieck Supply, which is how I really came into the industry. Dave Lockhart and Norm Winings worked there. Dave Lockhart, Matt Keelin and I also worked together at Fontaine and Associates, a  lot of us met through other companies and CHC kept pulling us in. It’s been such a great place to work.

MK: What’s the most fun part of your job? What’s a typical day look like? I think sometimes people hear “CEO” and they think, okay what does that mean?

BP: [he laughs] Fun? Well, what makes it fun is the highs and lows: I’m there for both. There’s never a day where I just go to work, do my job, and go home. I’m riding the wave everyday. It could be crashing against the rocks, could be high or low, but it’s exciting to feel every part of the job. You feel alive!

MK: What are some low’s you’ve seen lately? Or rather, what changes are in the works?

BP: Well, part of my role is to have a vision and to know how to look forward. For example, we don’t know who our competition will be in five years but we do know that California will decarbonize. So we have to look at new products, new trends. I know that in this industry, a lot of people are very set on hydronics–that that’s the best way to heat and cool….I like to use a music analogy for this one: maybe live music sounds the best, or records sound the best at home, but people aren’t buying records like they used to. We’ve gone digital. So we have to look at where the market is going, not just what we think is “best.”

MK: Speaking of music, I hear you’ve got a killer music collection.

BP: [he laughs] I love music! I love seeing live music, listening to records at home. I think that vinyl sounds so much better than digital.

MK: What kind of setup do you have?

BP: Well, all my stereo setup is all vacuum tubes.

BP: Oh yeah. It sounds so warm and rich. It’s important to me. I’ve always been a music guy. I’ve been to the New Orleans Jazz Festival, I’ve seen Tom Petty play a couple times. I play the saxophone–and I’ve only played on stage a few times but man [he laughs happily] there is just nothing like that high from playing on stage!

MK: Wow, I had no idea, that’s awesome. So what’s your vinyl collection like?

BP: It’s all over the place. It’s very eclectic. Jazz, rock. There’s this young band (collective) I really like called Postmodern Jukebox, where they take modern songs and re-do them in retro styles, all different decades. I’d say my favorite musician is Van Morrison…What I’m listening to always depends on my mood. Sometimes I just want to put on (the ‘75 Aerosmith album) Toys in the Attic. (Music) is a way to relax, unwind.

MK: I hear you have a house up in Clear Lake. What do you do up there? Fish?

BP: Sometimes I’ll drown some worms, yeah. [we both laugh] It’s nice though, to have a place where I can just be Bob. Wear shorts, relax outside, eat some good food.

MK: It sounds like finding balance and relaxation would be important in a role like yours. You’re a busy person! So where do you go for (work) support and guidance?

BP: I belong to this group of CEO’s, all from different industries…we get together and talk, listen to each other and the issues within each industry. They’re all from varied companies, so it’s all different perspectives…The main thing here is, you have to keep an open mind. Listen to people. You can’t stay stagnant.

MK: You once said that one of the most important [assets] and often the biggest hindrance in a company is communication. That a lot of communication is in the way that we say things, and that our body language says a lot about how we’re really feeling about something. How would you say that you help bring that philosophy into the company?

BP: One of the most important things you can do as a company is talk to each other. Not necessarily a text message or an email, but phone calls; face-to-face conversation. I think we try too hard to use technology to communicate with each other. Technology is great…but true communication takes body language, tone of voice; sometimes there’s more to it than just writing something down.

MK: How has the push for stronger communication helped CHC, throughout the company?

BP: One of the most important things you can do as CEO (or any role) is not just the talking, but the listening. (For example), we have an executive team that meets weekly; we discuss high’s and low’s, we make sure everyone is on the same page. Every year we have a retreat to develop a one-page business plan for the year.

MK: What is one of the most important things for people to keep mind as they move and grow within CHC, or as customers interact with our products?

BP: I truly believe that in any business, not just ours, we are in the business of people. We don’t sell pumps, boilers–we’re in the people business. The business of business is people. I think one of the most exciting things about CHC’s business is that  we’re building cities,  and we’ve got a social obligation to do that consciously.

MK: Kind of relates back to that music analogy: how to go forward with what where the industry is going but also a little bit of that “what is best” philosophy. Do you have any other philosophies or ideas you’d like to leave us with?

BP: There’s this Muhammad Ali quote I really love that says, ‘I’ve never been down. I’m either up or I’m getting up.’ I’ve been knocked down so many times, but I don’t give up.

We ended with an appreciation for that kind of drive and agreed that it is a motivating and positive way to navigate the world, both at work and throughout our lives. Stay tuned for the next installment with Bob Polizzi, where we’ll discuss more specifics of the way the hydronics industry is changing.

Robert (Bob) Polizzi is the President and CEO of California Hydronics Corporation, where he has had the pleasure of working for nearly 30 years. He has taught Piping and Hydronics classes at UC Berkeley and San Jose State. He is a member of ASHRAE and ASPE and formerly sat on the ASPE Board of Directors.

Michelle Kicherer  is a fiction writer and music writer for The Bay Bridged, SF Station and others. She enjoys hound dogs, long walks, and her second novel is in the works.